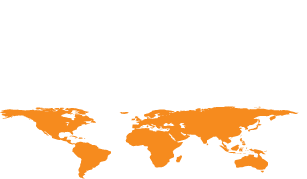 Desk Report: Imagine for a second someone is raising the flag of Bangladesh on a big stage and people from more then 180 countries are watching . How will you feel as a Bangladeshi? Are you proud? Now think how would you feel if the man standing with the flag was from Meherpur? Yes, today’s report is about a potential young man who are the Resident of Meherpur. Md. Moonjur Alam Biswas (21) won 3 gold medals for Bangladesh in Mixed Martial Arts (MMA) at the international level. Not only that, for Bangladesh, he is the youngest international professional mixed martial arts (MMA) player in Bangladesh to be named in the world’s largest fight finder site (sherdog.com). At present, this young man is working relentlessly at Habib’s MMA Academy, the largest and most renowned mixed martial arts club in Bangladesh. Recently, this young man has received some positive answers from the CEO of ONE CHAMPIONSHIP, ‘Mr. Chatri Sityodtong’. ONE CHAMPIONSHIP is the largest Martial art organization in the world. Md. Moonjur Alam informed that Mr. ‘Chatri Sityodtong’ has said that very soon Md. Moonjur Alam and Bangladesh will be part of ONE CHAMPIONSHIP, the largest martial arts organization in the world. Md. Moonjur Alam further said that he was able to come here today because of the love and support of the people of whole Bangladesh and Meherpur, so he wants to continue in this way with the prayers and love of all and Raise the flag of Bangladesh to the court of the world

No Result
View All Result